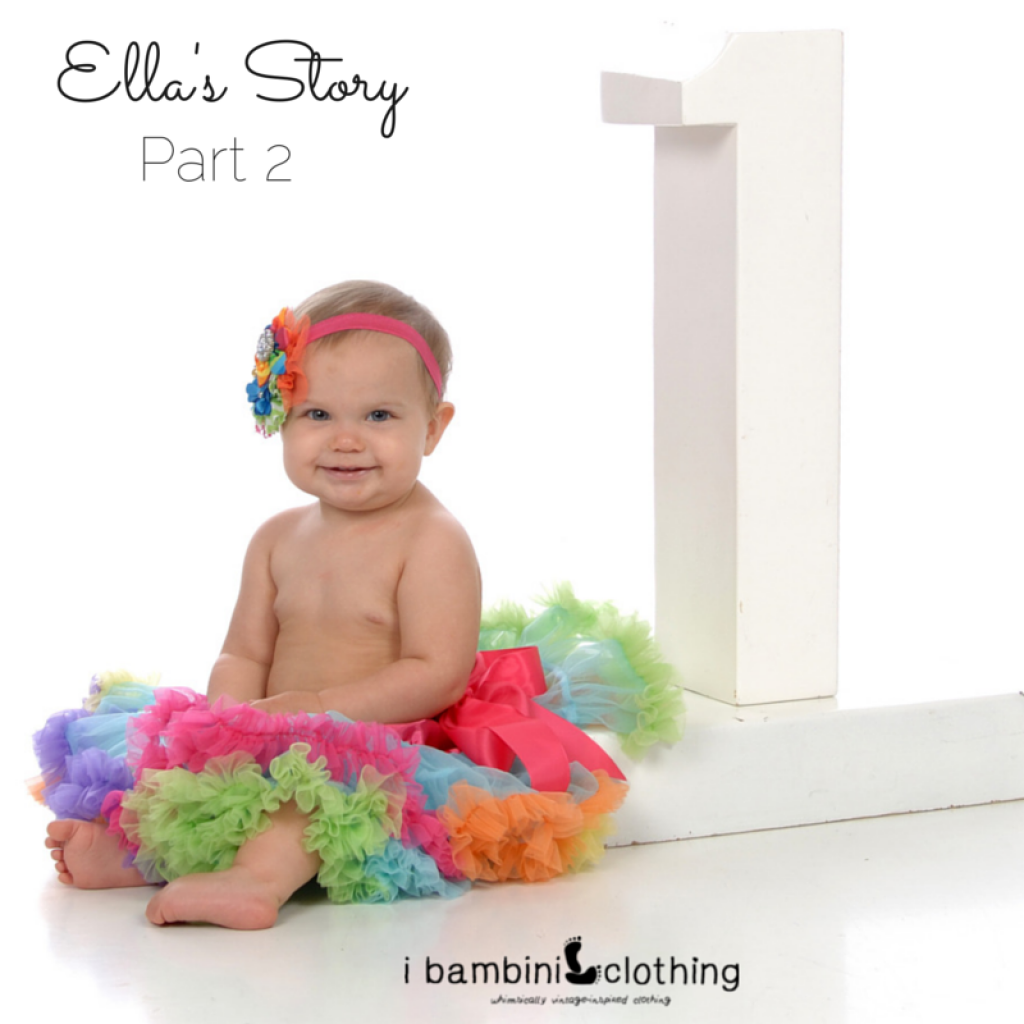 February 18th is a day I will never forget.

It started out like any other day. We all got up and got ready for school, daycare, and work. I picked Ella up and put her into her high chair. She was wearing a long sleeved, fuchsia shirt with a big heart on it that was made of glitter. I gave her a kiss and told her I loved her. We all went our separate ways.

It was business as usual until the phone call came. Brent had to call my work number because I was in a co-worker’s office and hadn’t taken my cell phone with me. My co-worker took the message for me to call my husband. She put down the phone and said “don’t freak, but Ella is at the hospital”.

Initially, I was not in a complete panic. I called Brent. He was crying when he answered. “She was napping at daycare”, he said. “The daycare provider found her and she wasn’t breathing. They are doing CPR, but it doesn’t look good”. It was as if time stood still. I could feel the adrenaline rush through my body. I felt weak. At first I didn’t want to go and see her that way. I didn’t want to face the reality.

You never really believe something like this can happen to you. It’s not that you think it’s not possible; it’s more a matter of self-preservation. You can’t think like that because if you did, you would never be able to leave your front door.

As I got to the hospital, they wheeled her past me towards the CT scanner. The preliminary news was neither good nor bad. They did not find a bleed, which made it more difficult to treat. They did find a global injury that indicated her brain had gone without oxygen. Because of how cell death works, we would not know for another 2-3 days how bad the damage really was. We were life-flighted to Sacred Heart Children’s Hospital in Spokane, Washington, and the first 24 hours there were a complete nightmare. She required CPR at least a dozen times. I cried. I said goodbye. She rallied … and then crashed and I said goodbye all over again. It felt like some kind of cruel carnival ride.

Somewhere during the afternoon of our first day, she stabilized. All of her labs and vital signs began to normalize. Her pupils were still reacting to light. We felt a glimmer of hope start to rise within us. Our parents were on their way. People were praying for our family and for Ella to rally. She was still critically ill and we were still waiting … but it looked as though there might be a faint light at the end of the tunnel.

The light was a lie. Sunday night she began showing signs indicative of brain death. She was not regulating her temperature, heart rate, or blood pressure. She had to be put back on medication to stabilize her vital signs. I believe I knew then that she had left this world for the next, but mothers don’t give up. They don’t let go.

The next morning it was time to get the MRI, which would give us a clear idea on the status of Ella’s brain. A big part of me did not want this test to occur. I felt like it would be easier to stay in limbo at the hospital forever, than to find out that she was gone. When the results came back, they confirmed our worst fear: the damage to Ella’s brain was significant and, simply put, incompatible with life. More testing was done, but only to confirm that Ella had, in fact, suffered from “brain death”. … I would not, could not, do any more that day.

I honestly cannot remember the events of the next couple of days. They are all a blur until Wednesday, February 25th. That is the day I went to the hospital to say goodbye to my little girl. I crawled into the hospital bed with her. I smelled her, felt her baby soft skin, and touched her silky hair. I kissed her all over. I listened to her little heart. I filled out the paperwork that would allow them to harvest her organs. And then I did the hardest thing that I have ever had to do: I said goodbye and I walked away.

February 25th, 2015, heaven gained an angel … and I lost my boo. The hole in my heart spans the length of 100 galaxies and is deeper than the deepest ocean.

There was nothing left to do but go home and figure out what our new normal would be.

“Now faith is confidence in what we hope for and assurance about what we do not see.” Hebrews 11:1

If you missed the first part of Ella’s story, you can see it here: Ella Larson’s Story – Part I