At my house, Legos rule!! My son has hundreds, maybe even thousands of these little bricks. He has all different characters and loves to make up his own vehicles and weapons. He is sometimes occupied for hours making his creations and he loves to show them off when they’re done. My hubby and son will build and then have battles between their guys. I have to admit, I have a really good time building with him too. Legos are just cool…period. So that’s why when I saw the site I’m about to show you, I got excited. This is awesome stuff!!

This site lets you upload a pic and then turns it into lego art. But wait, there’s more!! It also tells you exactly how to make it, so you can create the picture using actual legos!! Isn’t that cool?!?! …Or maybe I’ve been living with boys for too long…either way my son and I had fun playing around with pics of: 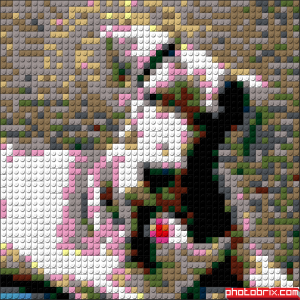 the I Bambini feet logo 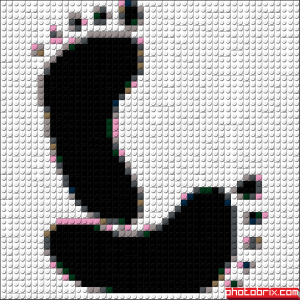 and one of I Bambini’s super cute dresses, the Lil’ Cindy Lou 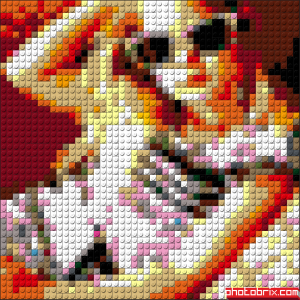 Admit it, you want to go try a picture of your own! If you do make your own lego pics please post them on here as comments, I’d love to see them!!