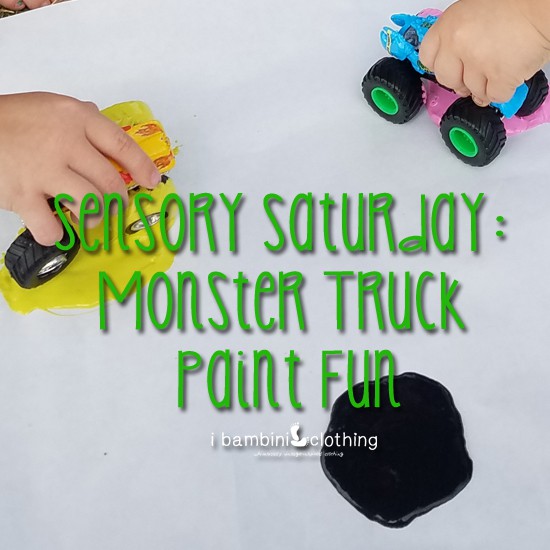 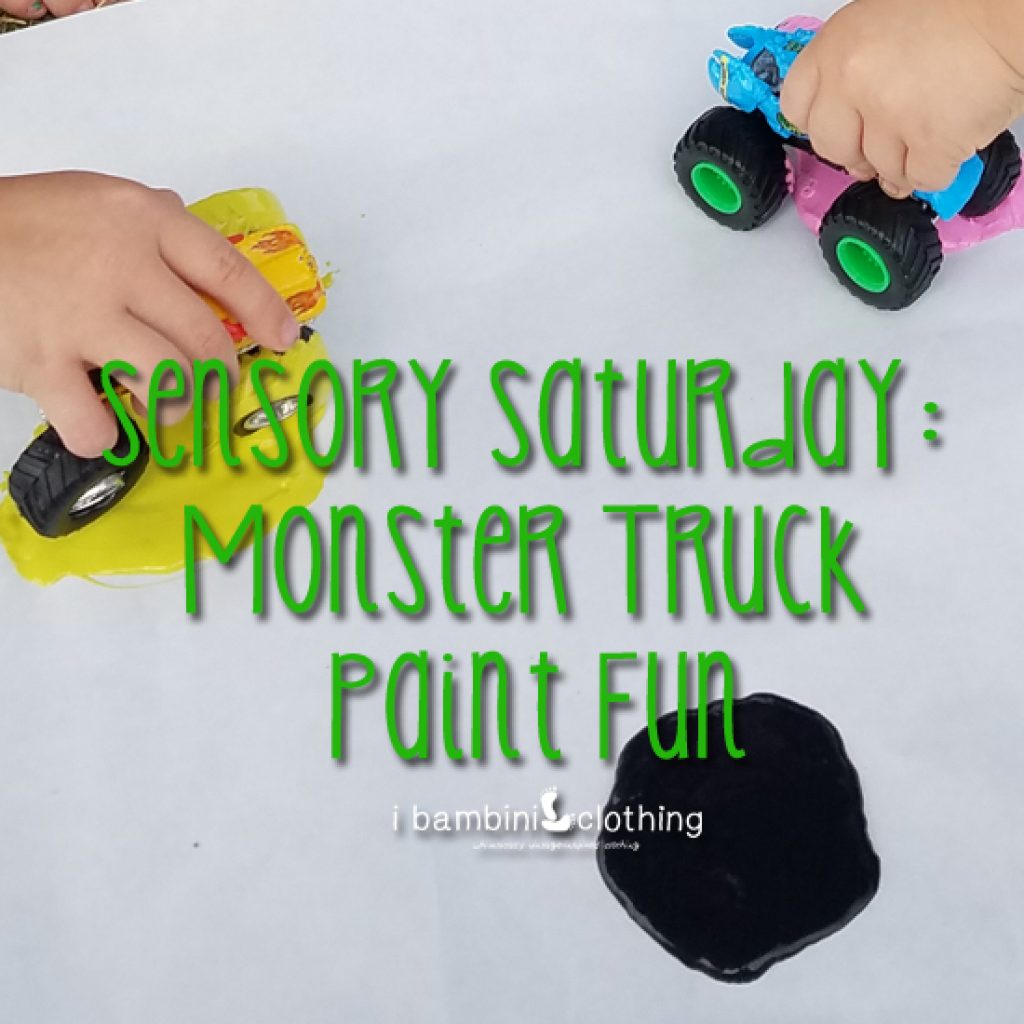 I told you a bit ago that I would be trying out some of the monster truck activities that I had found on Pinterest. I have been wanting to make a moveable monster truck arena of sorts and took inspiration from one of the activities I investigated. It ended up not only being fun, but also pretty cool and artistic. The kids didn’t want to stop and it is definitely an activity that we will do over and over again. We used monster trucks for a painting masterpiece!

I took an old box and taped some ramps to the bottom of it. We had actual Monster Jam ramps that came with my son’s monster trucks but you could also make your own ramps out of old toilet paper rolls, tin foil, smaller boxes, etc. Especially if you plan to cover it up, it can be a rough looking thing and no one would know!

Once the ramps were taped in, I placed foil over the top. It would probably be pretty cool to put down some brown paper so it looks more like dirt/mud but foil worked too. We then took the box outside and I got out some freezer paper to place paint on. Freezer paper worked wonderfully. It was all on one paper and they were able to roll the trucks over a large area without running into the other paint and I didn’t have to worry about paper/Styrofoam plates drifting away. 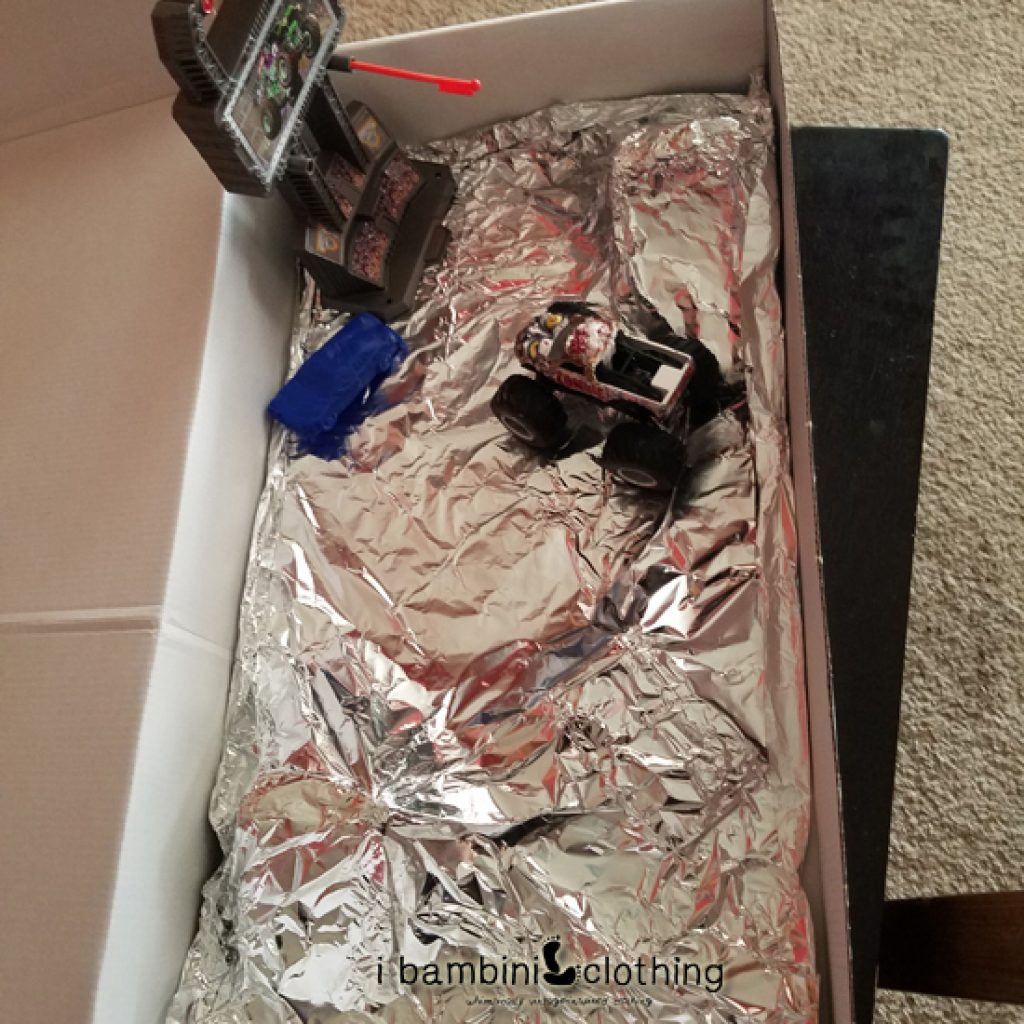 The kids were able to roll away and they not only enjoyed making tire marks on the foil, but also on the freezer paper! 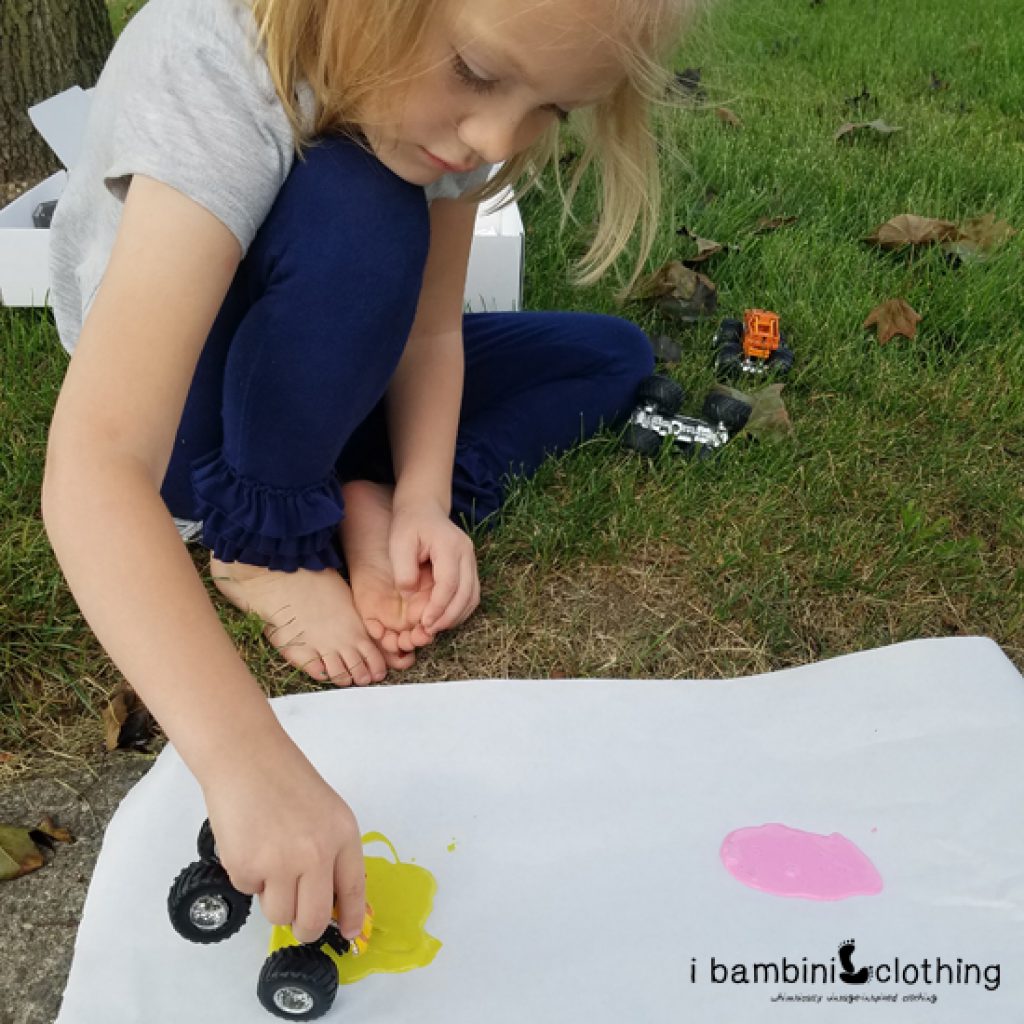 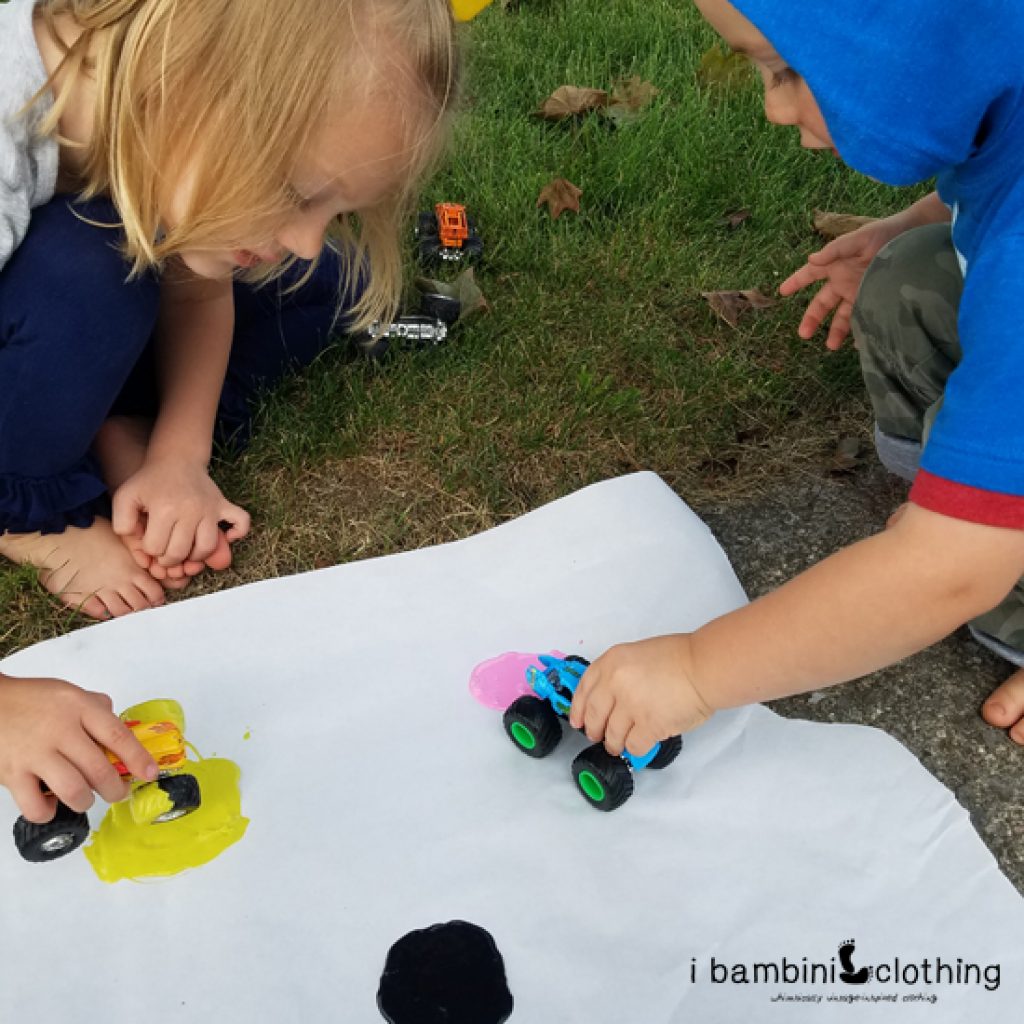 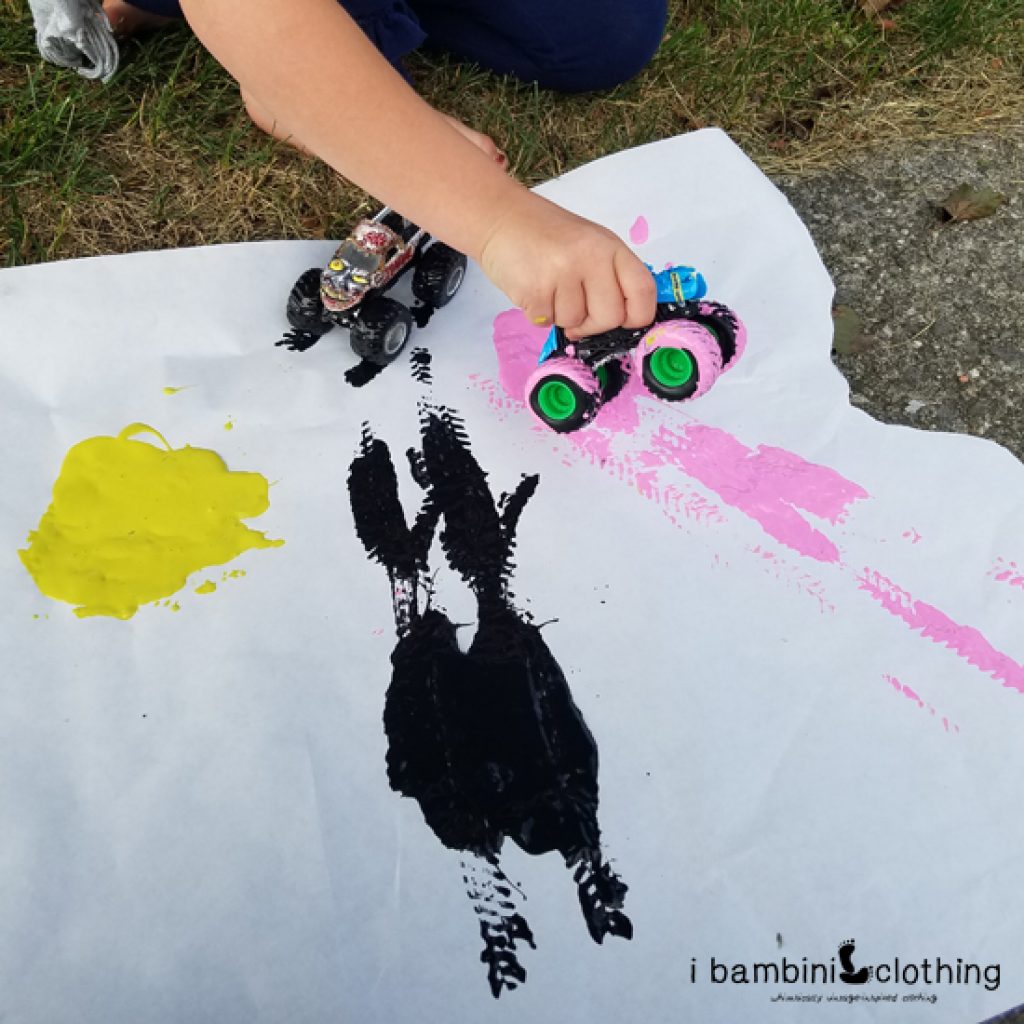 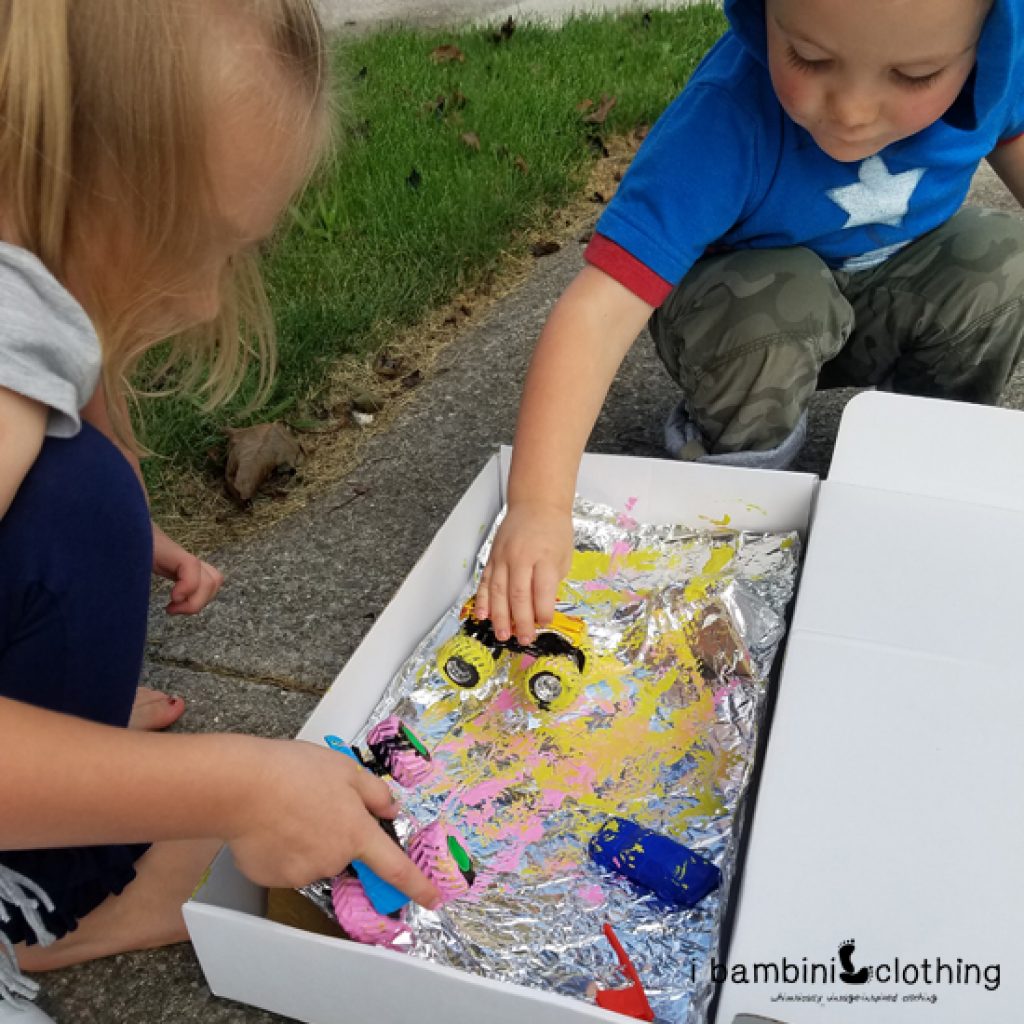 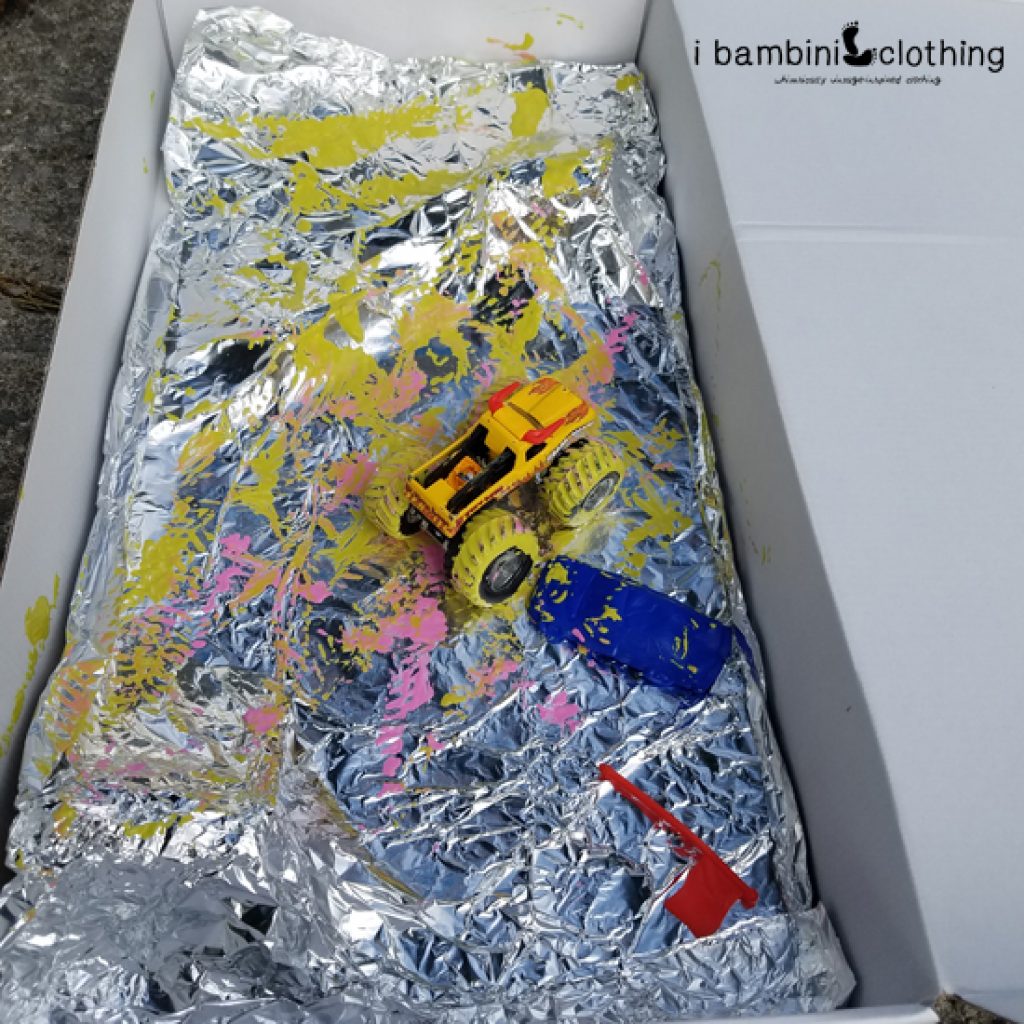 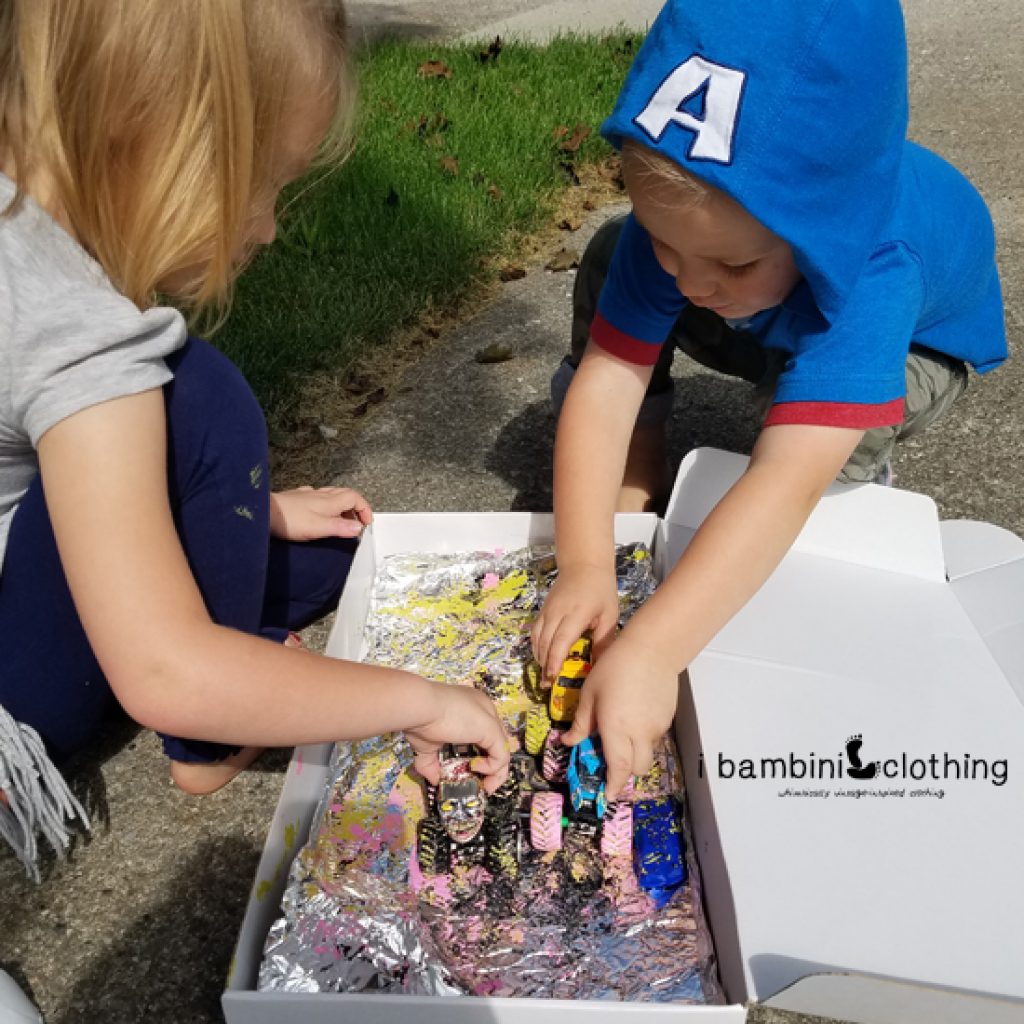 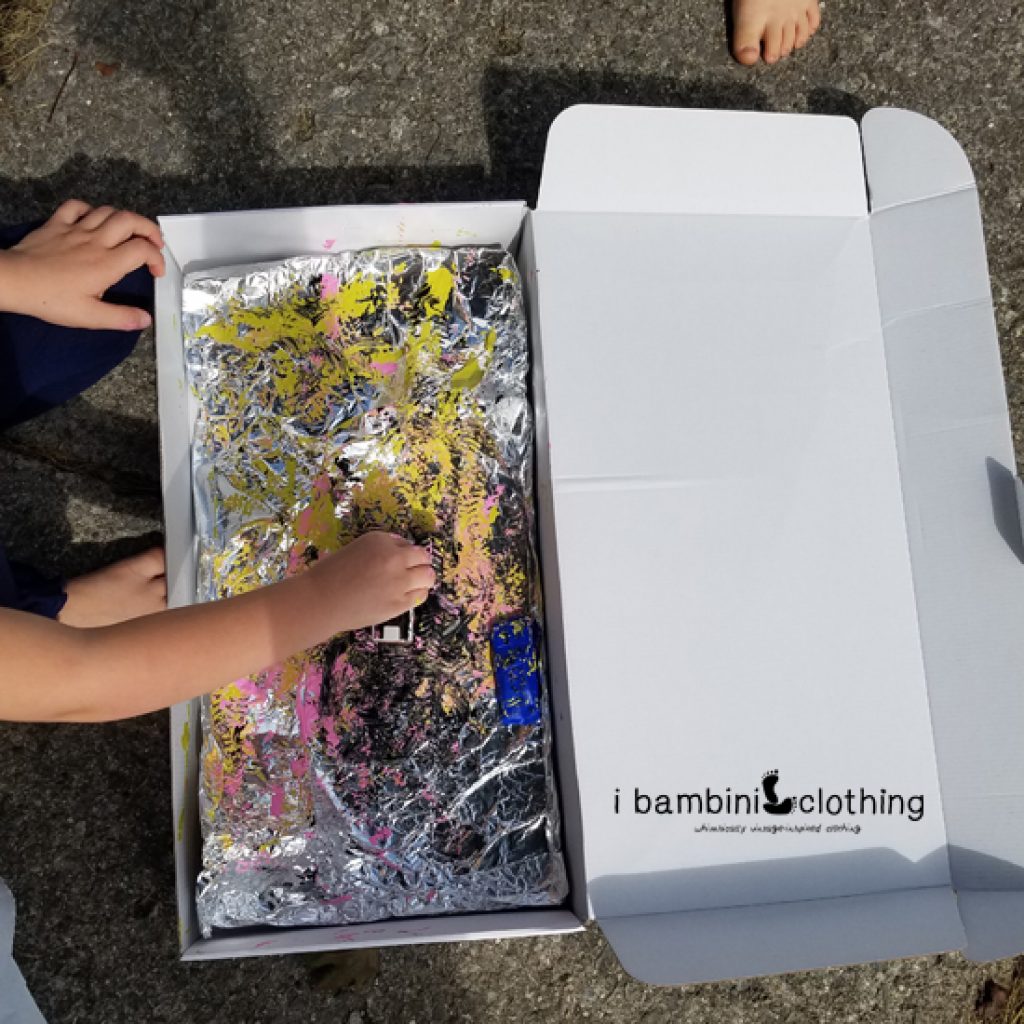 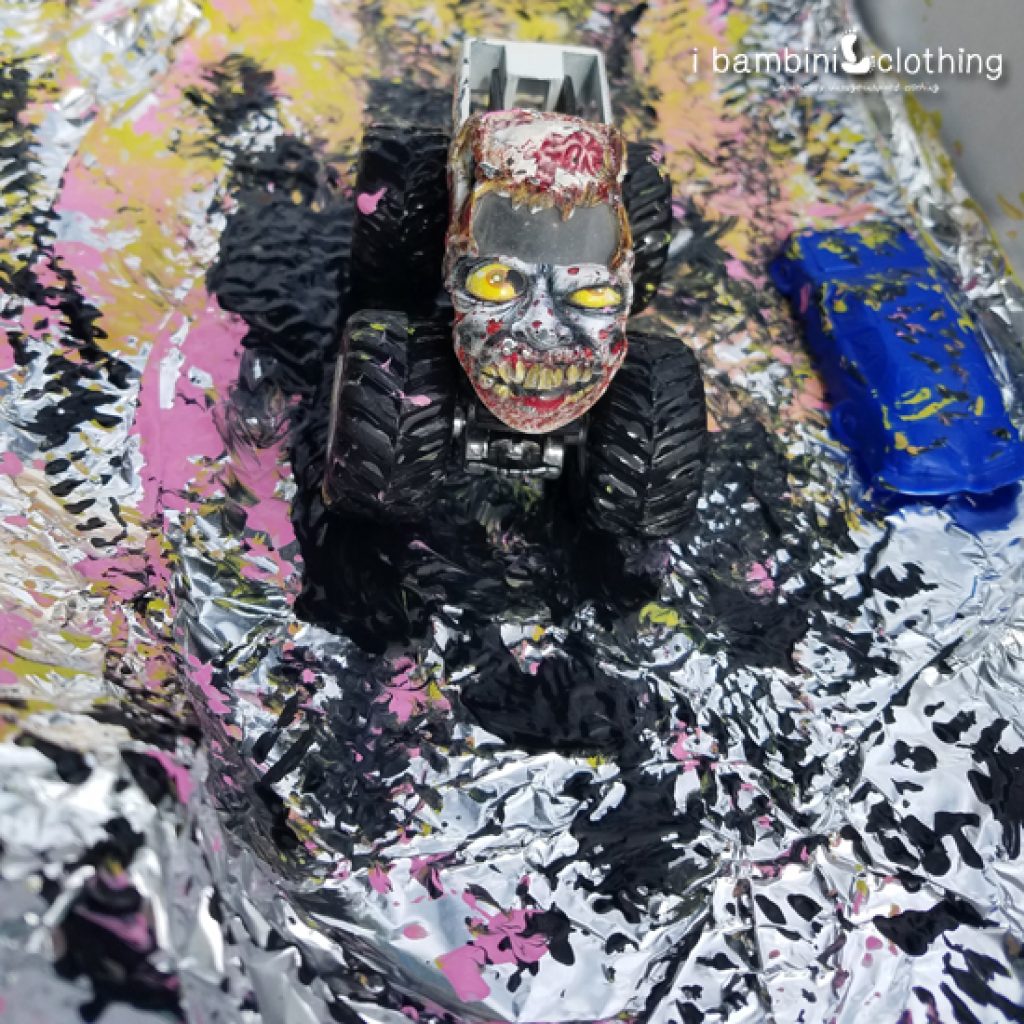 So much messy fun, and we loved it! I think it could even be framed as a piece of art. So simple and lots of fun play!

Have you tried any of the monster truck activities? Which was your favorite? 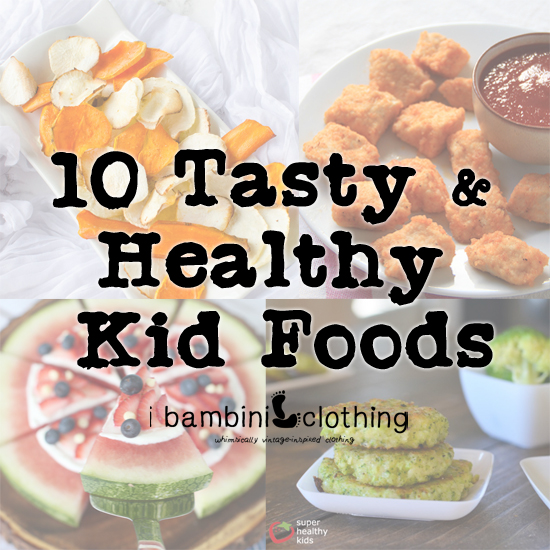 back to school time!!!


Error: API requests are being delayed for this account. New posts will not be retrieved.