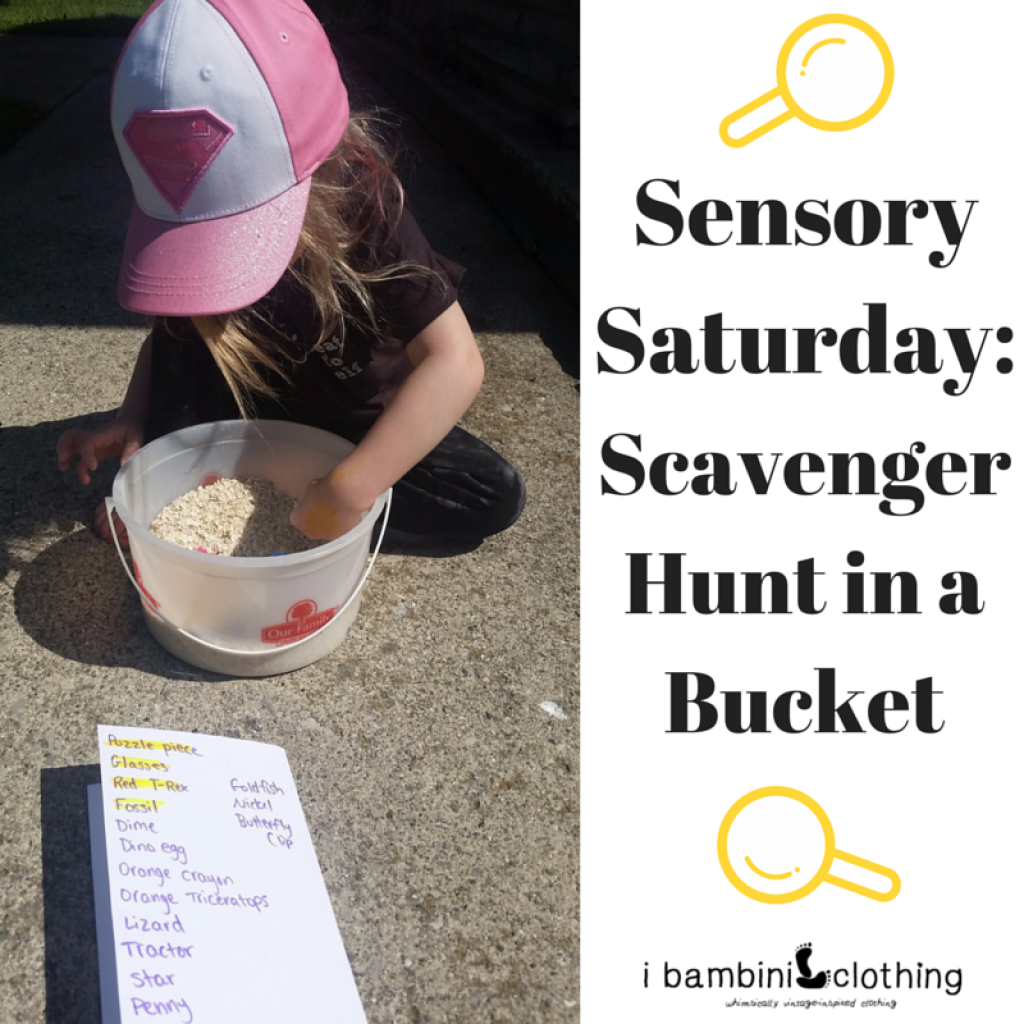 It’s another Sensory Saturday and this is one you can dig your hands into!

My daughter is in love with all things dinosaur. Every time she sees this in the store, she insists on getting it. 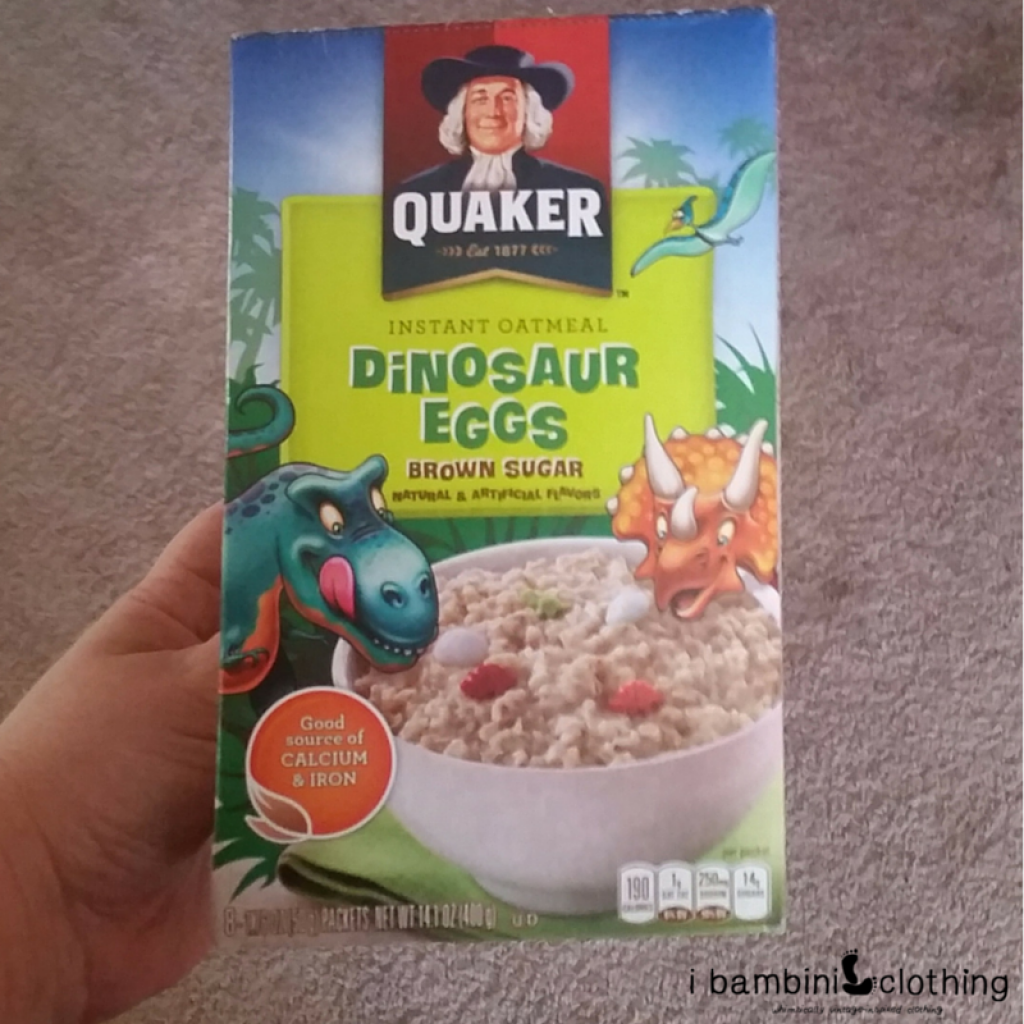 That’s all good, HOWEVER, she will not eat the oatmeal and only digs for the dinosaur eggs. She will find the little packets wherever they are and will dump a packet into her bowl and then there will be oatmeal everywhere while she finds her eggs to eat. I had had enough of the packets but I had to think of a way to use them up without wasting them.

TA DA! Another Sensory Saturday idea was born. I gathered some items that are rather small that could be used in a scavenger hunt for Maddy. I dumped out packets from an entire box of the oatmeal and for a change, I sorted out the dinosaur eggs (it seemed way less messy when I did it). The packets covered everything, but just barely so I added in a bag of rice as well. I didn’t know how interested Maddy would be in this scavenger hunt but I thought we would give it a shot. 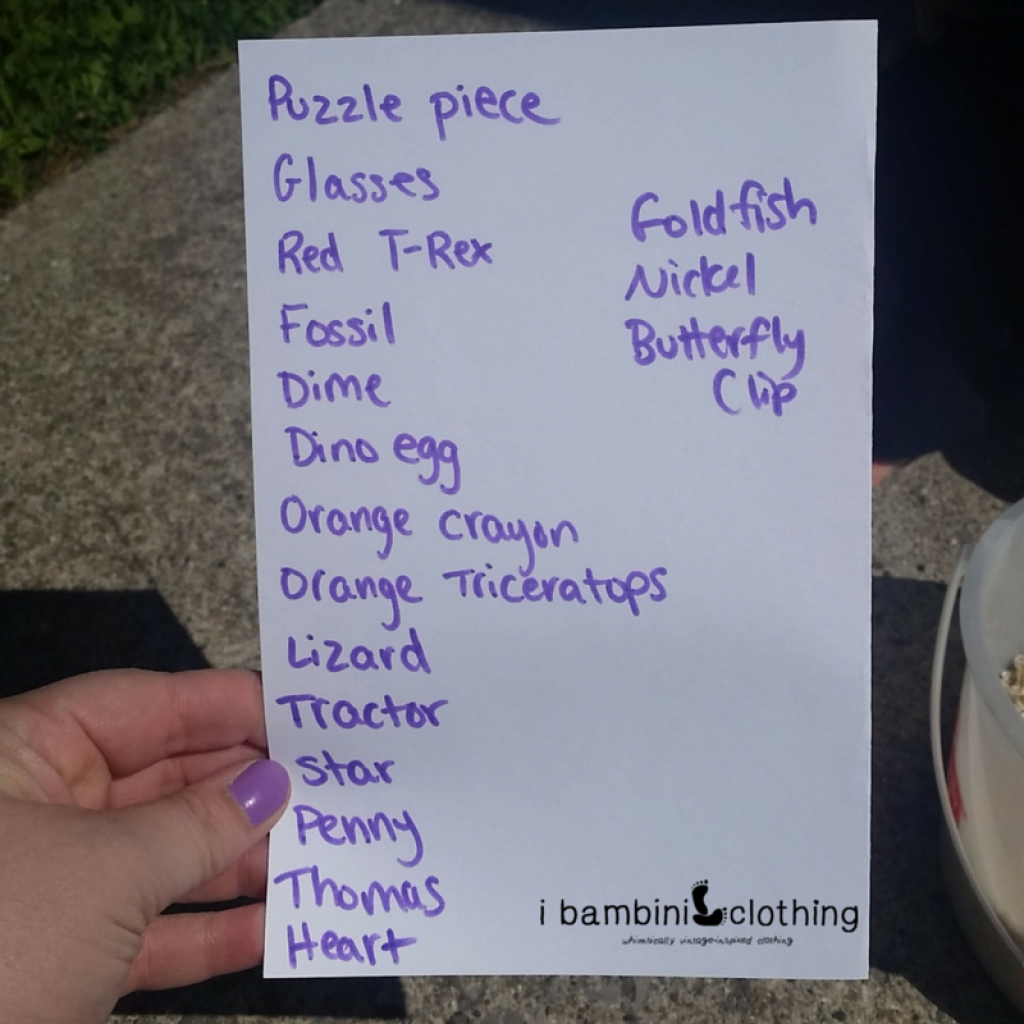 I would name an item and then she dug in. She was a little tentative at first but that didn’t last long. 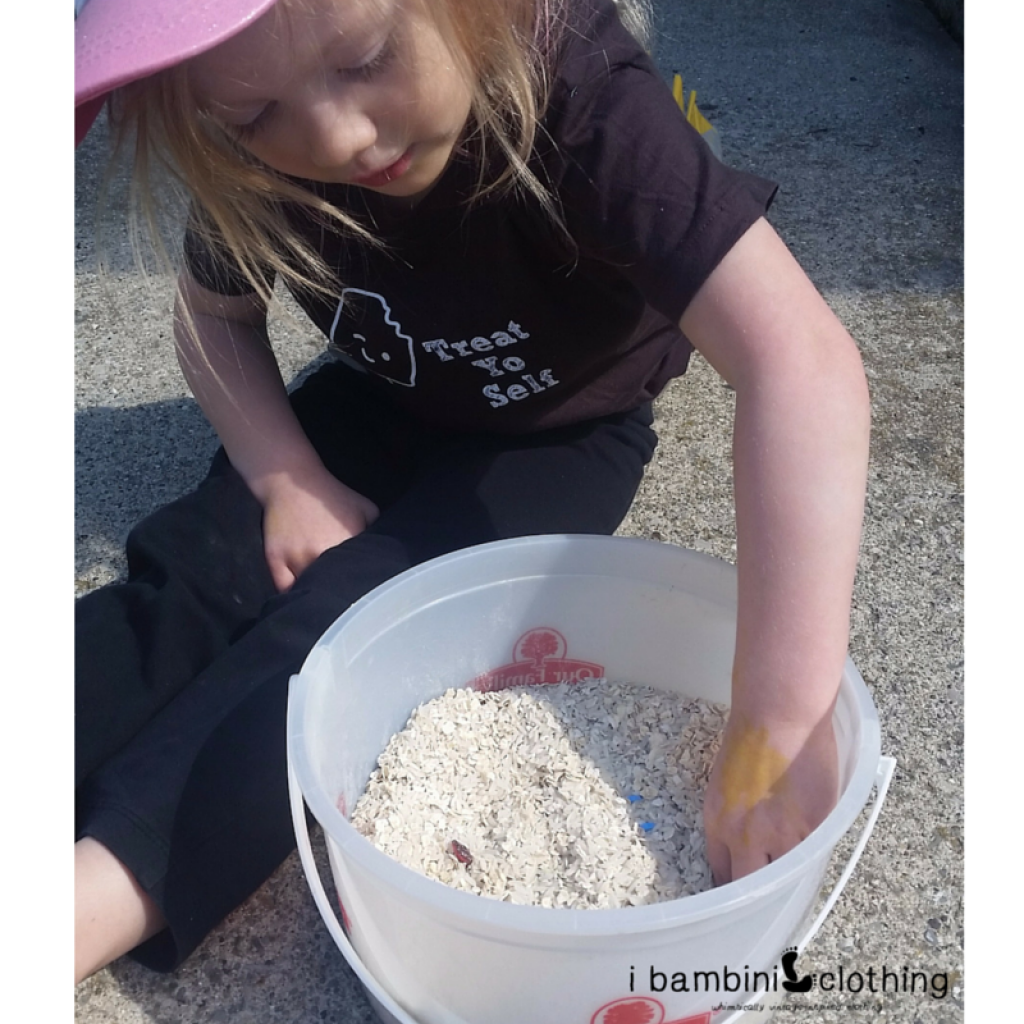 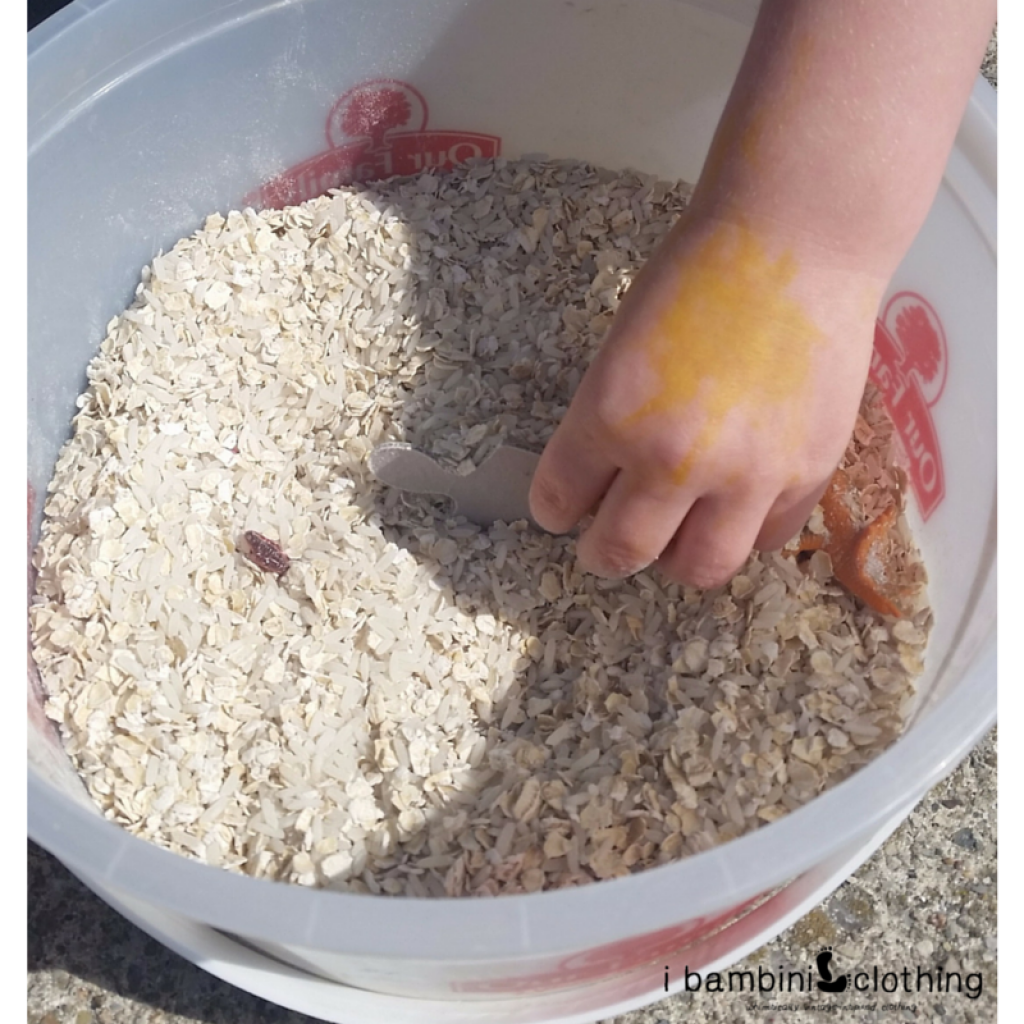 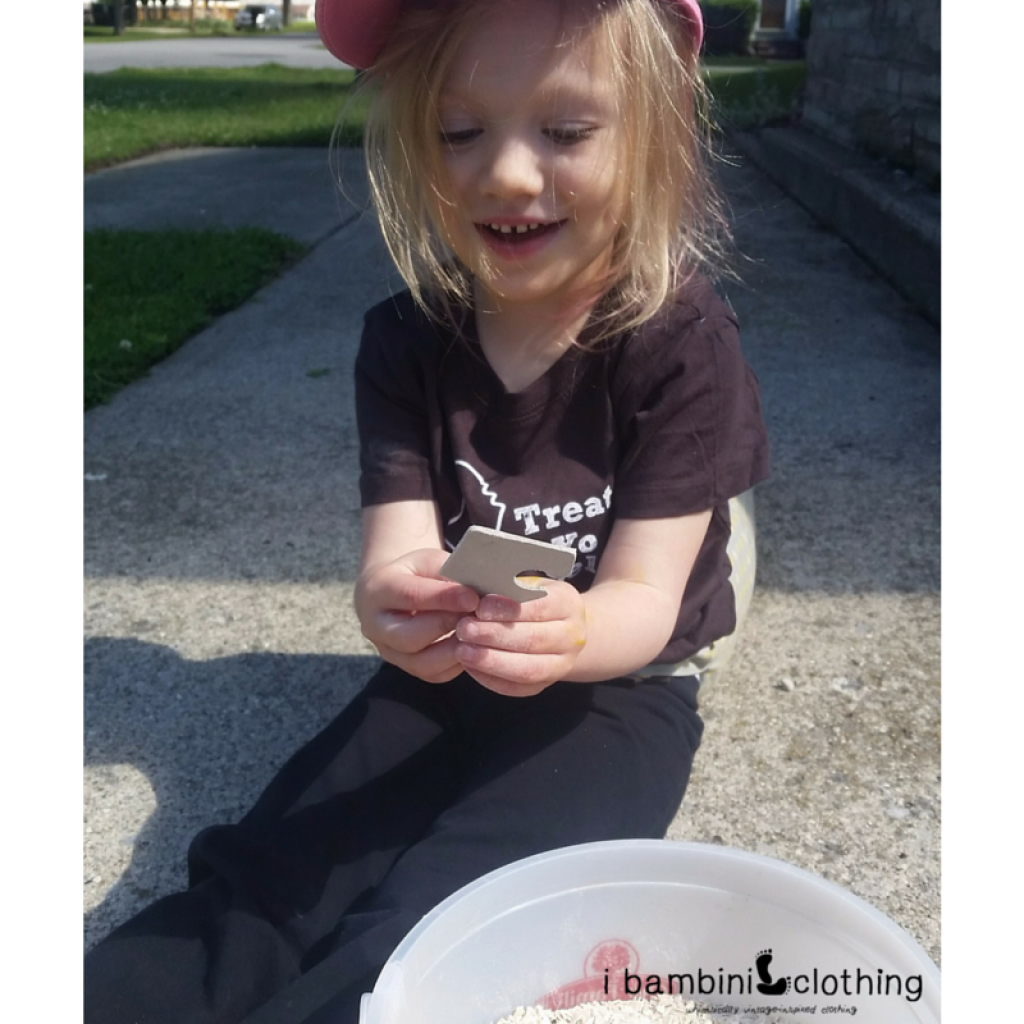 Items started coming up on the top and if it was laying on top when I called it, Maddy would cover it up and then dig for it. 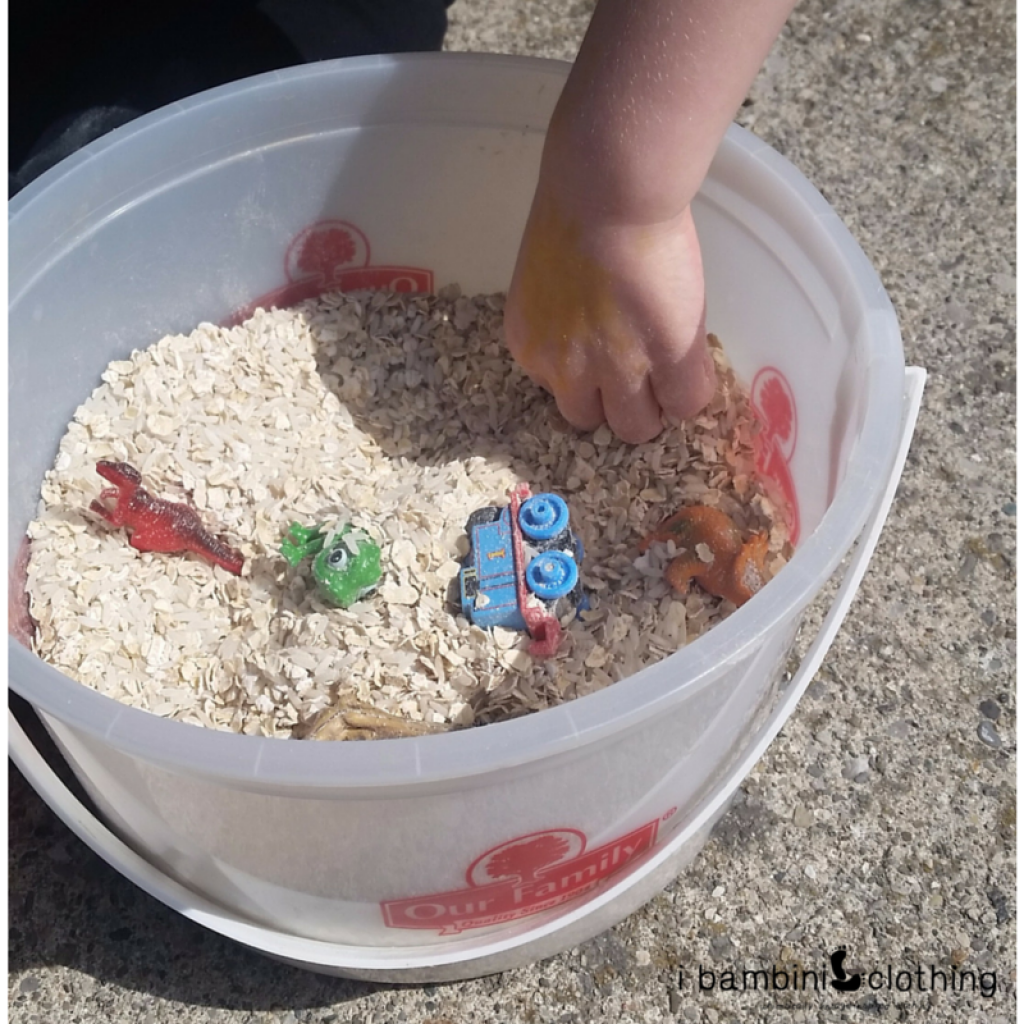 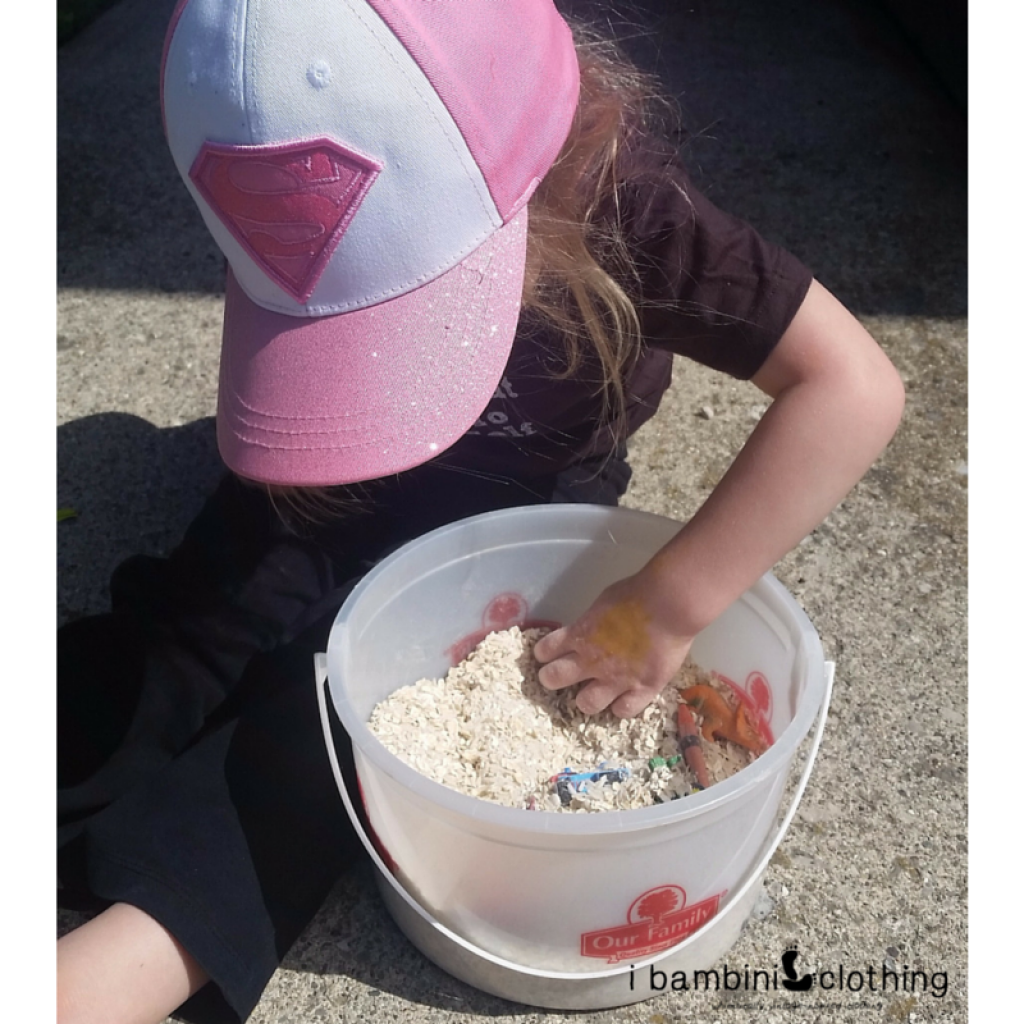 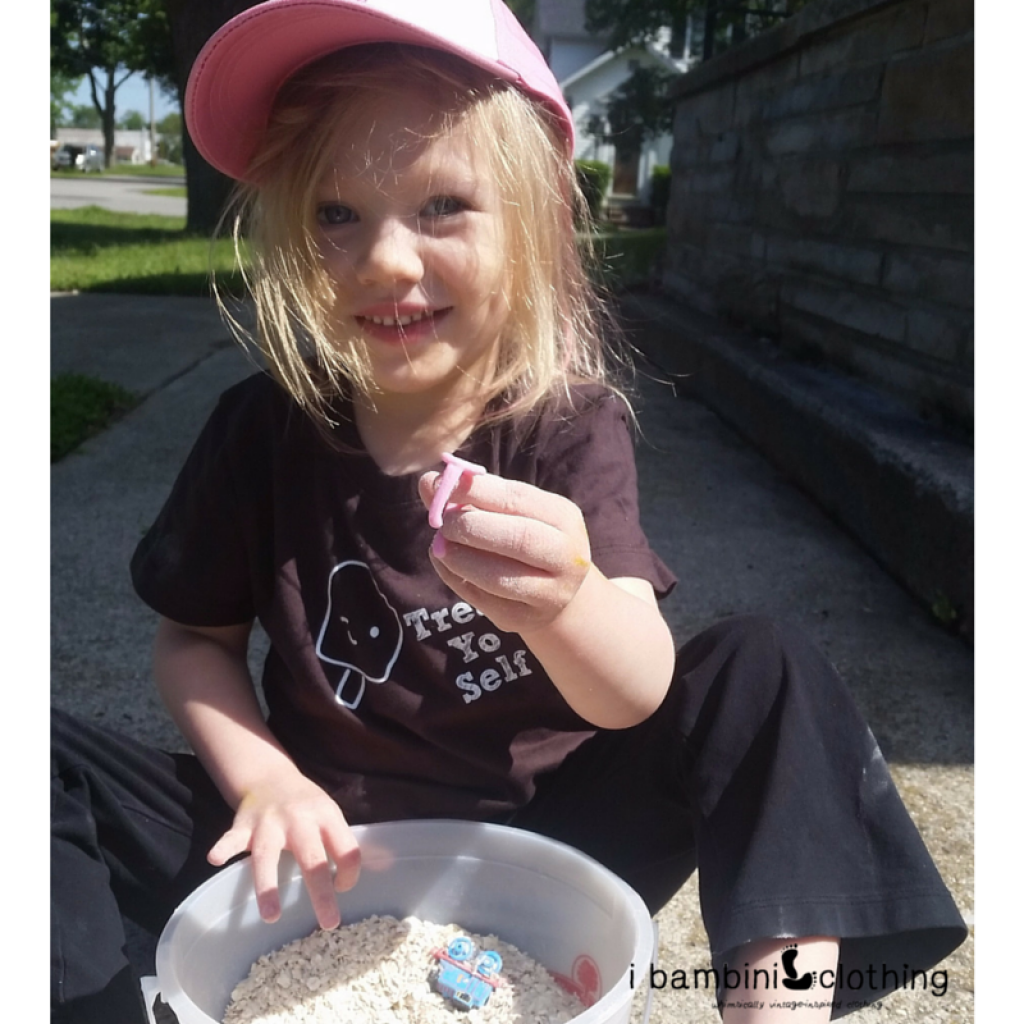 She kept exclaiming, “THIS IS SO FUN!” I was pleasantly surprised that she liked it so much. I don’t know what she enjoyed more, finding the items or playing with the oatmeal/rice mixture. 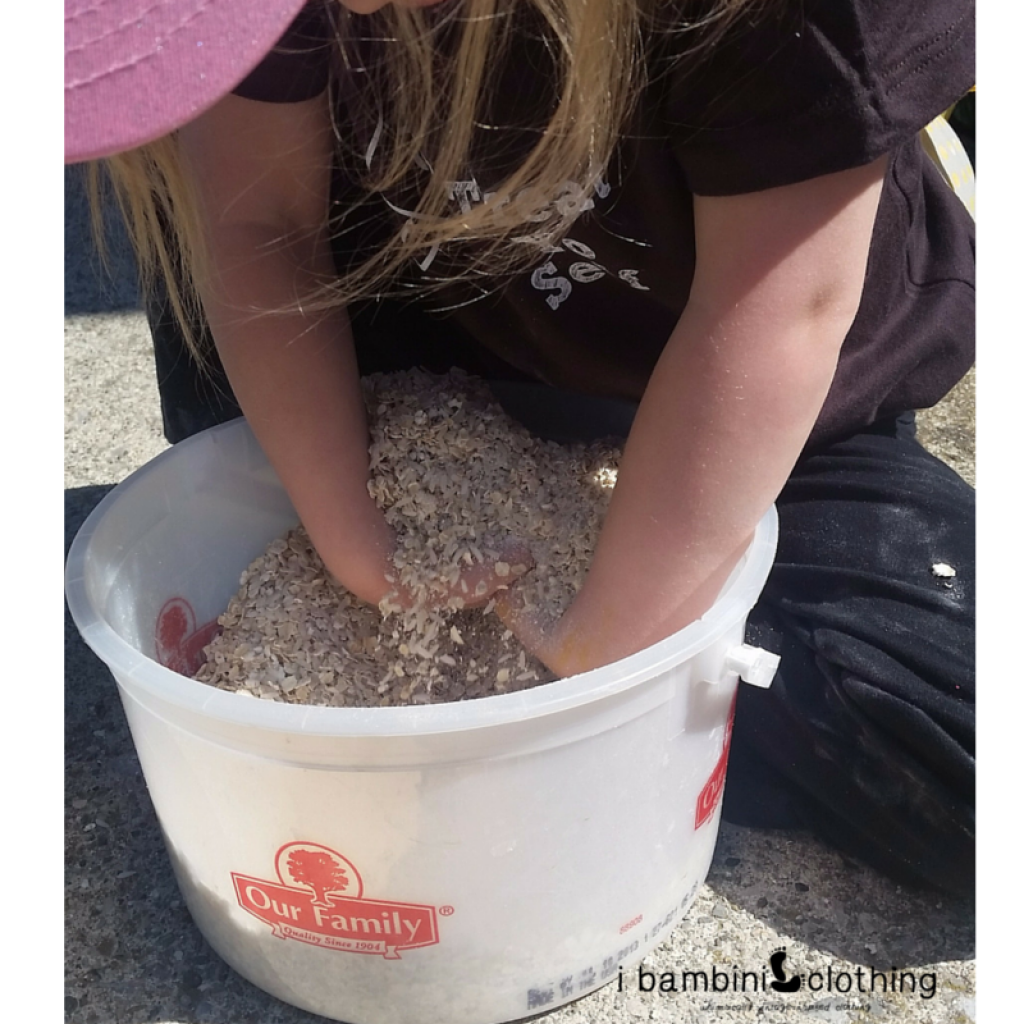 Once she got everything out, she had tons of fun putting the items back in to play again another time. 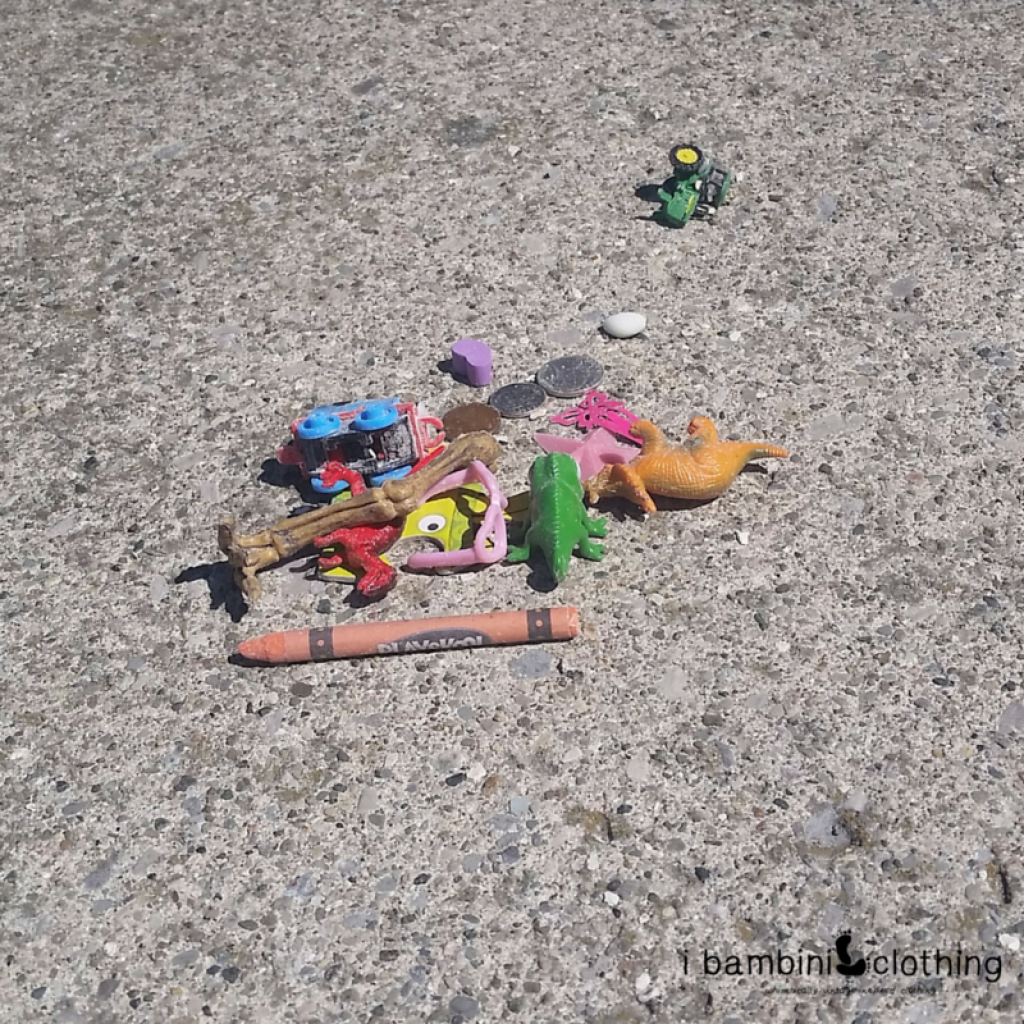 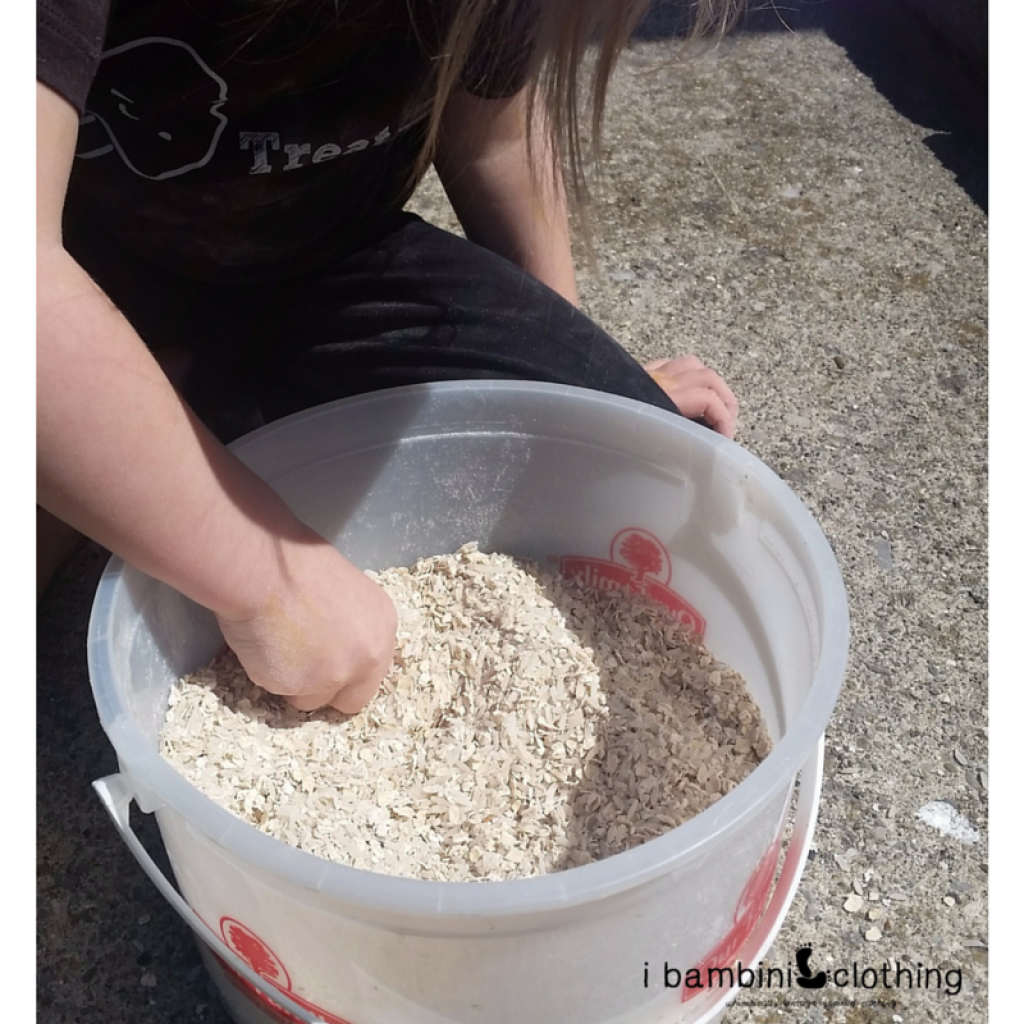 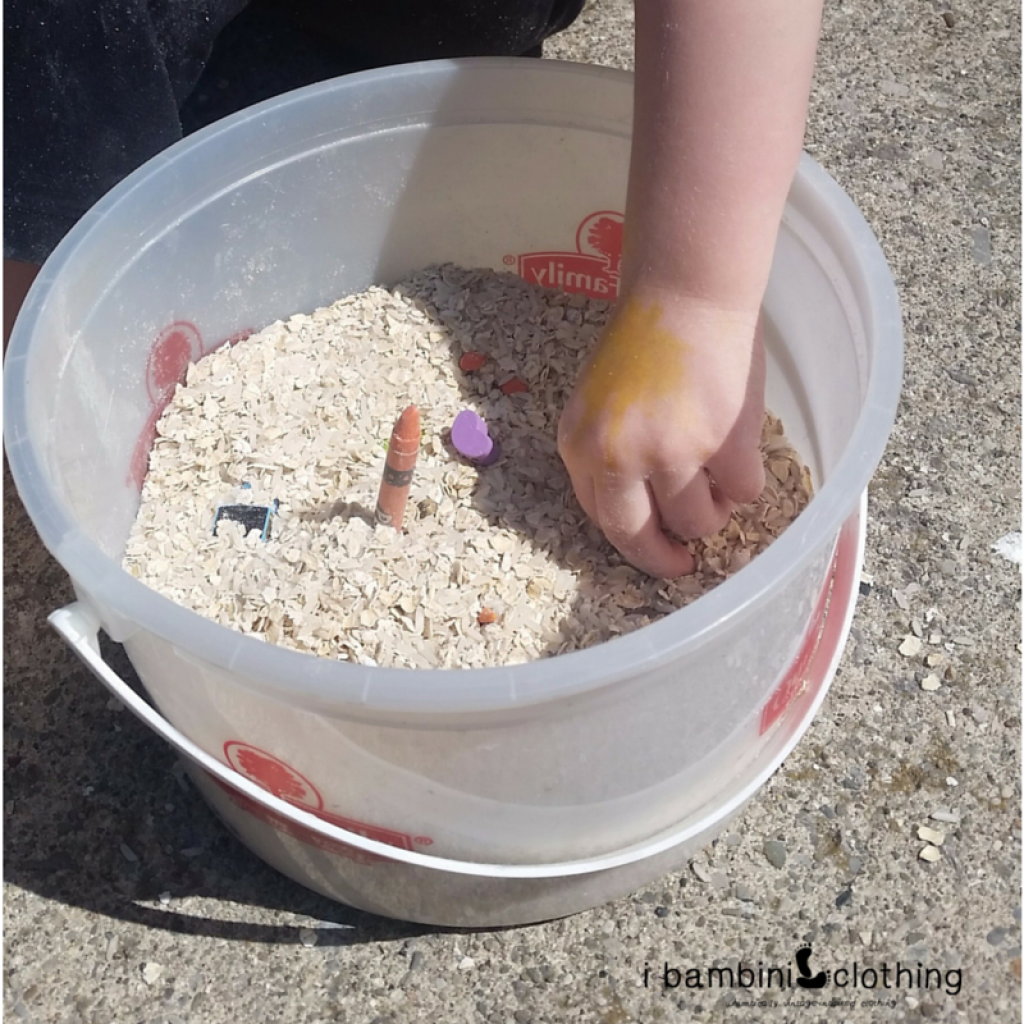 Such a simple activity, and one I thought might bore her, became one of her favorite ones yet! A little bit hide-and-seek combined with a little bit of mess equals a big hit!

Have you done anything like this with your kids before? How did it go over? We would love to hear your experiences!

See you next time, friends. 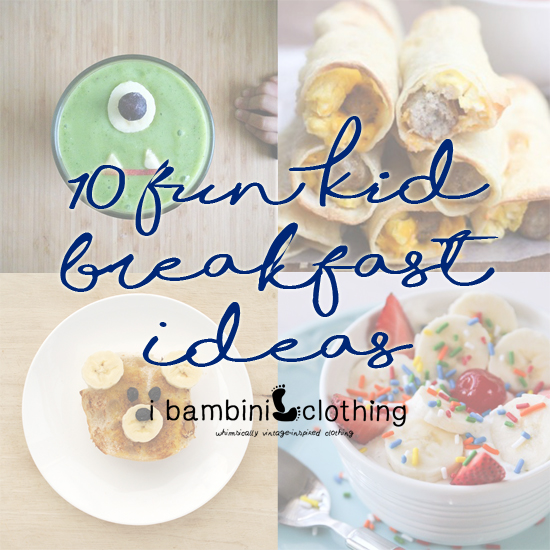 Twirl Dress with POCKETS😍 Yep. You heard me PO