Home > life > Who is St. Patrick and Why is He Obsessed with Green?

Who is St. Patrick and Why is He Obsessed with Green? 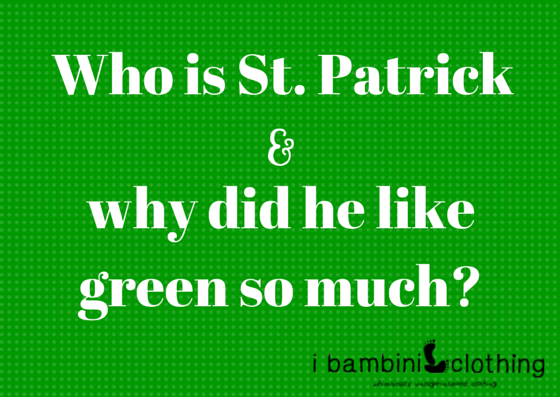 Happy St. Patrick’s Day from my family to yours!

But wait, what does that really mean? We love a good holiday but often we aren’t really sure where these holidays came from.

First, who is this St. Patrick? There are many exaggerated tales about St. Patrick (two of them being that he is the one who brought Christianity to Ireland and the wildly false claim that he banished all snakes from Ireland) but simply put, St. Patrick was a missionary for Christianity in Ireland. His story of getting to that point is the interesting part. 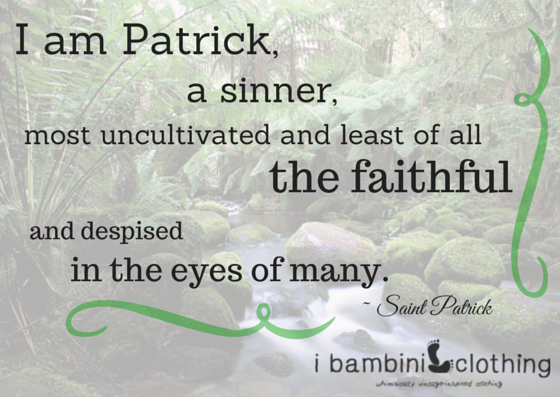 Patrick was born and raised in Britain. At age sixteen, he was captured by Irish raiders who took him back to Ireland to stay. He was held in Ireland for six years where he developed his religion. He was able to escape back to Britain after six years. He ended back in Ireland because he believed God told him to go back there and be a missionary. He integrated Irish customs into Christianity which brought about the Celtic cross (a Christian cross with a sun – a strong Irish symbol). He converted many Irish people to Christianity, solidifying his stance as a saint.

Are you as surprised as I was to find out that St. Patrick is not in fact, Irish?

So, was St. Patrick obsessed with green? Maybe! However, the color green isn’t necessarily related to St. Patrick, but more so to Irish land and beliefs. Green is one of the three colors in the Irish flag and has also been used on various other Irish revolutionary flags over time. Green also represents spring and of course, shamrocks.

Be sure to have green visible somewhere on your body on St. Patrick’s Day or you may be pinched. This American custom started with the belief that leprechauns can’t see green so anyone wearing green would be invisible to leprechauns. Legend has it that leprechauns pinch anyone they CAN see so being invisible was the most desirable of the two options. People started taking it on themselves to help remind those who don’t wear green on the holiday by pinching them.

Sure, it’s fun taking part in holiday customs but it’s also great to be able to know what you are celebrating and why you are taking part in the customs. Get out your green and pincher fingers! Happy St. Patrick’s Day!